Until We Meet Again

The wound was cleaned and the leg examined. The metal blade had cut clear down through the hoof and into the bone of the leg. There was no way to remove the proud flesh and allow the wound to heal over. This little mare would be living with this open wound the rest of her life.

Being a rather small horse and asked to be in the harness with full-sized Belgians, she had to pull and be mighty fast in the fields. If she should fall behind the big horses, then the load would fall on her slender withers until she could manage to pull up next to or ahead of one of the bigger horses. Then she could carry her share of the load and not be asked to provide the constant, exceptional power. Her neck and her front shoulders were so sore and worn out that there was no cartilage left to treat. Her neck was bone on bone. And soon, with a bit of rest, was her right front knee - large, lumpy, and bone on bone.

Her wounds, however, seemed to strengthen her resolve. She fought me with everything she had! For her first three years here, I was unable to move her with a lead rope - she simply walked over, through, or away from me to the safety of her companion, Ole Man Cole. She would stand next to him and that lower lip would begin to flap. She was worried about my retaliation and so, in fear, she would stand behind Cole and that lip would flap. I would walk up to her and her eyes would be frantic! She was terrified I would strike her and, instead, I would reach out and touch her. That startled her more than anything and so she would leave me again.

For three years, we continued this routine until, finally, she believed that I was not going to beat her or whip her for running away from me. Instead, I brought her treats or feed or a brush. Or simply a gentle touch. Hugging was not her strength or to her liking and so I resisted the urges to hug her and sing to her. Instead I would stand three feet from her and talk while smiling. What to do with this crazy human was very perplexing to this horse. What to do with this crazy human . . . 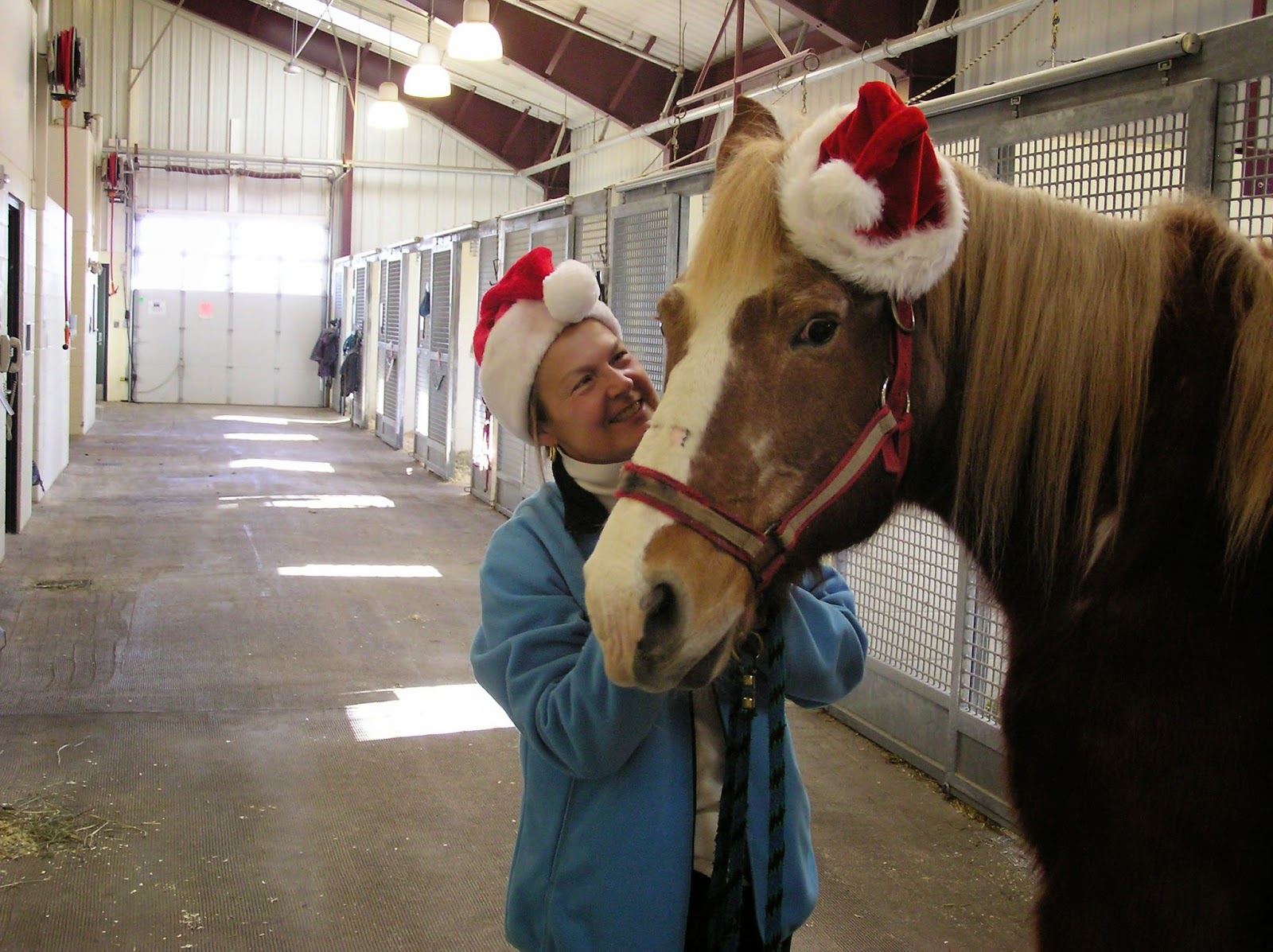 The fourth year of her life here at Refuge Farms was a turning point for her. She lay under a blanket of deep snow in a major blizzard of heavy snow and 80+ mph winds. Finding her by dipping the fork handle into the snow every foot, I dug her out and laid down on her so I could massage her freezing body. I swam as fast and as deep as I could. Kicking my feet, flailing my arms, raising and lowering my head for air - I was in the Olympic pool! But I worked at it and her limbs began to move. That huge brown eye looked at me and pleaded for warmth.

Once in the barn, she struggled repeatedly to stand. With sheer determination alone, she raised that worn out body up onto her feet and focused on just standing. I scraped snow and ice off of her and layered her with electric blankets under insulated blankets and offered her hot mush and warm soaked hay cubes.

She did get pneumonia and she struggled, but by spring she was back to her full strength. The only reminder of that blizzard was in the minds of the two of us and her face. You see, the episode had turned her face and neck white. Her fright had been deep enough to change the color of her coat. But in that fright, somehow, we had become friends. 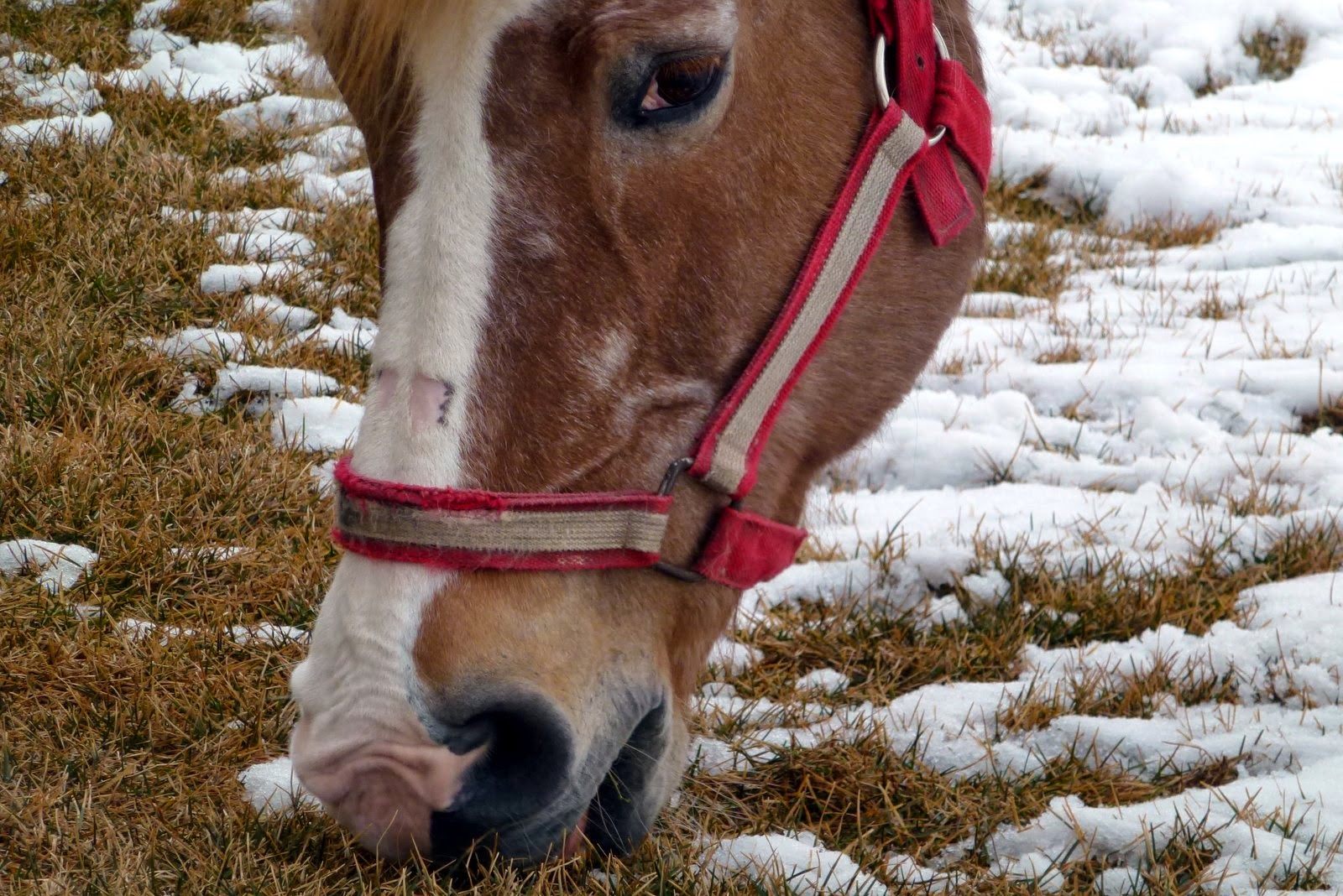 From that point, we grew to care more and more for each other. I won't say we loved each other - we still had our times when I wanted to go west and she took me east. We had plenty of those times. But I believe she began to see that, even though I might have asked her for things she did not want to give, I was asking because it was the best for her. Slowly, and with great concern and trepidation, this horse began to trust me. This human. Who never hit her or beat her but asked her simply to walk with her. To tolerate a bath and a brushing. To allow me to clean her leg wound. To give me her mouth to administer her bute meds. And to give in when I could no longer resist and I just had to hug her!

Elizabeth gave me examples daily of patience and endurance and faith. She looked at each day as a chance to live - not just survive. She had a boyfriend this spring in Big Boy! And I watched as she chased the other mares away from him!

My regret is that I separated her from Big Boy and her stall and put her over in the old barn pasture with Handsome. I was concerned with Big Boy's size and blindness and how he may bump her fragile skeleton. My regret is that I shortened her love life and asked her to stand in a barn that was not her home. Liz-Beth was not happy in the old barn. She loved and considered the big barn home and I took her out of that home for the greener grasses of the old barn pasture. I regret doing that very much and Elizabeth, please forgive me for doing that to you and not seeing your unhappiness. I tried to do what was best for you. I see now that I was wrong.

The mud was too deep and the wet ground was too cold. The storms were too strong and she had been down too long. Once again, out of sheer will and determination, she stood and walked to her usual stall in her home barn. There she tried to stand, but the internal damage had been done and she gave in. She did not cross alone and she heard the singing of "Amazing Grace' as she crossed. She was told of my love for her and I repeated it in case she didn't believe me the first time. She grew quiet and I hugged her. Hugged the life right out of her. 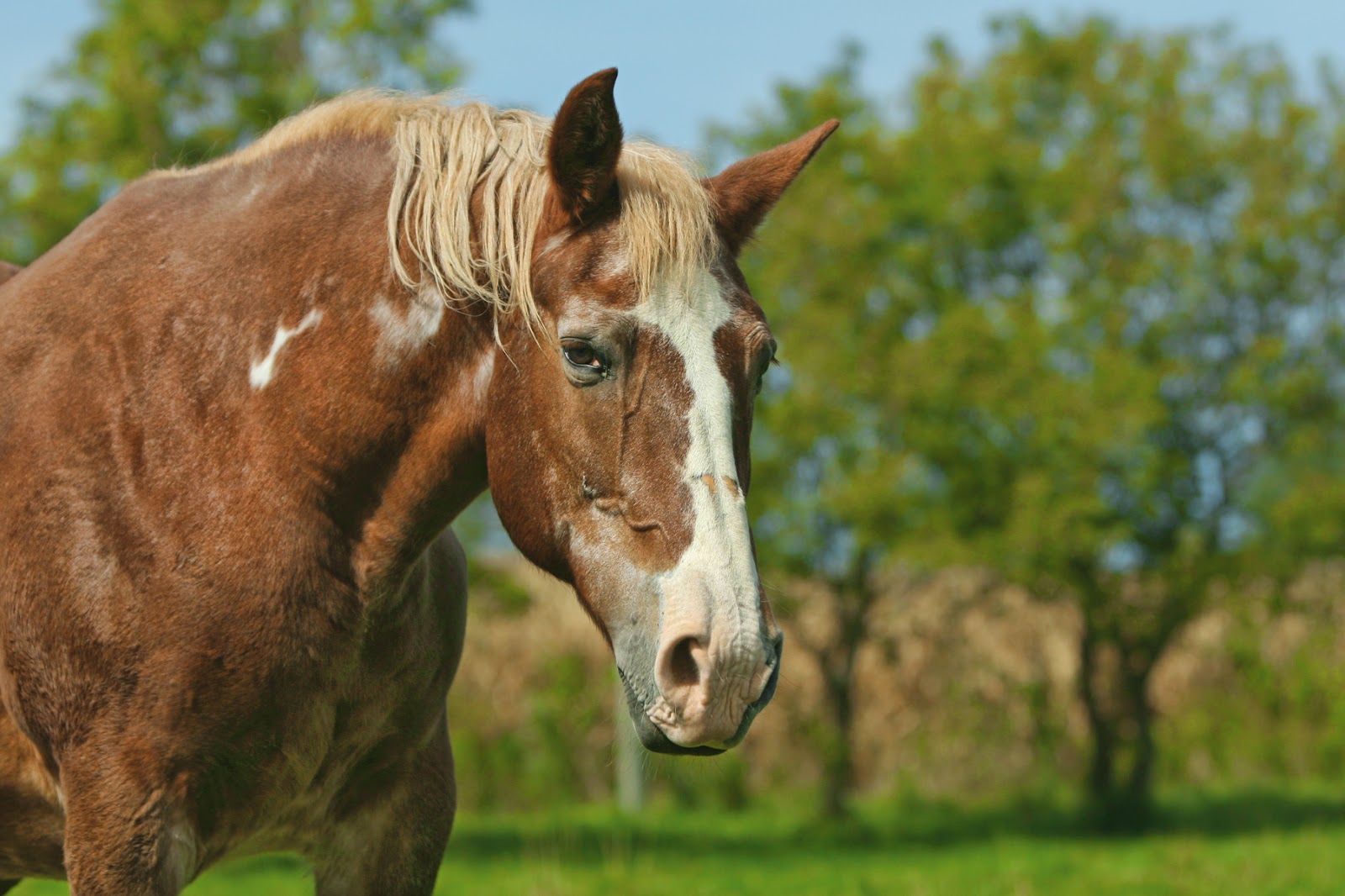 Bless you Liz-Beth for coming to us. Bless you for showing us what patience can give. Bless you for enduring my attempts and bless you for showing me, in your own way, that you, too, cared for me. I will tell your stories forever! I will carry your will and your strength in me and share them with anyone who will listen. Your picture hangs in my parlour and we will place a special picture of you in THE STORE. I will adorn your grave and stop to share a story or two with you. And yes, I will insulate you for the cold of the winters.

You were loyal and honest and true. You were strong when I was weak and you were determined when I was about to give up. You were waiting every single morning for your breakfast and you were gentle and forgiving with me when I was late. You were a living, breathing example of grace and I will carry your face with me until we meet again, Liz-Beth.